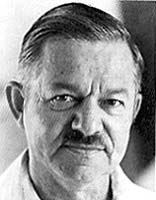 Abraham Malamat (1922 - 2010) was a professor emeritus of Jewish History at the Hebrew University of Jerusalem. Malamat made important contributions to the study of the Hebrew Bible and the Ancient Near East—particularly in our understanding of the emergence of Israel, the collapse of the kingdom of Judah, and the relationship of the ancient city and culture of Mari and the Hebrew Bible.

Malamat was born in Vienna, but immigrated with his family to Palestine in 1935 in the face of growing anti-Semitism. In 1940, he began his studies at the Hebrew University of Jerusalem, in the departments of Hebrew, Bible, Biblical History and Psychology; he studied concurrently at the École Biblique et Archaeologique. Malamat began lecturing at the Hebrew University in 1954.

According to Professor Shmuel Ahituv, one of Malamat’s former students, Malamat was “a gifted lecturer and a charismatic teacher. His lectures—whether before a classroom of students or before the general public were a masterpiece of rhetoric… students used to crowd in, sitting on the steps and window sills [of the lecture hall].” In retrospect, Malamat’s Viennese childhood, his studies at the Hebrew University and the École Biblique, and later at the Oriental Institute in Chicago contributed to his academic success as well as his cosmopolitan personality.

Malamat was also a member of countless international societies and academies, and he was invited to many universities abroad as a visiting professor and a guest lecturer. His students and colleagues published a festschrift in honor of his 70th birthday, Eretz-Israel 24: The Abraham Malamat Volume.

Abraham Malamat is survived by his wife Na'ama, his daughter Talia and her family, and his sister Israela.

Your ticket for the: Abraham Malamat Collection