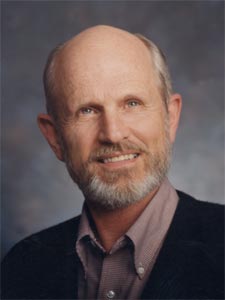 David Bivin is editor and founder of Jerusalem Perspective, a magazine printed from 1987-1999,  but now a website at www.JerusalemPerspective.com. It presents the life and teachings of Jesus in their original cultural and linguistic setting. David is also a charter member of the Jerusalem School of Synoptic Research, a think tank made up of Jewish and Christian scholars dedicated to better understanding the Synoptic Gospels (Matthew, Mark and Luke).

Bivin is a native of Cleveland, Oklahoma, but has lived in Israel for nearly 50 years. In 1963, he came to Jerusalem on a Rotary Foundation Fellowship to do postgraduate work. He studied at the Hebrew University until 1969, specializing in Jewish history, literature and archaeology. During this time and for many years afterwards, Bivin studied privately with Jerusalem scholar-pastor Robert L. Lindsey (whose private collection also resides at the Lanier Theological Library).

From 1970 to 1981, Bivin directed the Hebrew Language Division of the American Ulpan, and the Modern Hebrew Department of the Institute of Holy Land Studies (later renamed Jerusalem University College) on Mt. Zion. He is author of the video language course Aleph-Bet: A Beginner’s Introduction to Reading and Writing Hebrew, and co-author of Fluent Biblical and Modern Hebrew, a home-study language program.

Bivin’s most recent book, New Light on the Difficult Words of Jesus (2005), examines Jesus’ lifestyle as a first-century Jewish rabbi, and looks at how his words would have been understood within the larger framework of first-century Judaism. He has written more than one hundred scholarly and popular articles. Recent scientific articles include the entry "Hebraism in the New Testament" in Encyclopedia of Hebrew Language and Linguistics (Brill, 2013), and the article "Jesus' Petros-petra Worldplay (Matt 16:18): Is It Greek, Aramaic, or Hebrew?" in The Language Environment of First-century Judaea: Jerusalem Studies in the Synoptic Gospels 2 (Brill, 2014). David continues to work on a projected 5,000 page commentary on the Gospels of Matthew, Mark and Luke, currently being published at JerusalemPerspective.com.

Active in Israeli life, Bivin served as a sergeant in an Israeli army reserve infantry unit from 1974 to 1991. He and his wife Josa are members of Jerusalem’s Narkis Street Congregation, where he served as an elder under the pastorate of the late Dr. Lindsey. Today, the Bivins live in the village of Maoz Zion, near Jerusalem.

Your ticket for the: David Bivin Collection