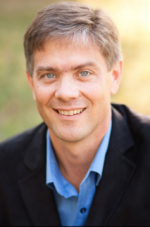 Registration is now open!  Click HERE to register for this event.

“Look Upon Nothing as Separate from God”: Evangelicals and the Rise of Science

The significant spiritual awakening in the North Atlantic that appeared in the eighteenth century took place among those who were the first generation to accept the basic postulates of Isaac Newton and to embrace the new science. The world of nature was now neither possessed of a transcendent spiritual form (Plato) nor an immanent spiritual form (Aristotle), so how was one to understand the relation of things spiritual and things material?  A number of the early evangelicals engaged with this question in a sophisticated way and this lecture will explore their answers. Jonathan Edwards was a young undergraduate at Yale when Newton’s Principia and Opticks were first taken out of their wooden crates and added to the college library collection, and he studied these works exhaustively.  John Wesley also produced one of the most comprehensive compendia of the period of the latest findings of science.  To these can be added a number of additional figures over the course of the century, including poets, amateur astronomers, mathematicians, and others–thoughtful and religiously minded people who responded to the world revealed by science with “wonder, love, and praise.”

Bruce Hindmarsh is Professor of Spiritual Theology at Regent College in Vancouver, BC, Canada.

Your ticket for the: February 16, 2019 Lecture by Bruce Hindmarsh