“Simply Paul: Who is He and Who are His Opponents?” 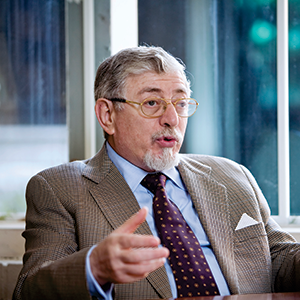 Even in the first century the disciples of Yeshua (Jesus) had difficulty understanding Paul and his writings for several reasons. One reason Joseph Shulam proposes is that Paul was a lawyer and wrote like a lawyer. Also, Paul was a very religious Jew by his own confession and the audience to whom his letters were written had very little understanding of the Jewish world and Hebrew Bible. Further, Paul held to the Jewish/Pharisaic worldview of God’s program for history (past, present and future). Even the Jews had a hard time understanding Paul and his theological ideas because they were in a struggle for survival and did not see the bigger picture and solution to their problems. Shulam proposes that we allow Paul’s own words to describe himself and his background in order to define his identity and his theology in the best way and to identify his opponents most accurately. By getting Paul’s clear view of himself we can better understand his battles both inside and outside the church. This lecture will give you fresh insight into some of Paul’s most difficult passages.

Joseph Shulam is a Hebrew scholar and Christian minister in Jerusalem.