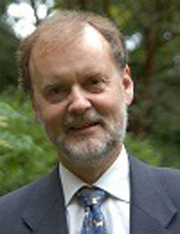 “A New and Mischievous Superstition: Early Christianity in the Roman World”

In the Roman world in which Christianity first emerged it was viewed as different and dangerous.  Indeed, Christianity was distinctive.  Christians were called atheists and regarded as impious, because they refused to worship the traditional gods.  Unlike other religious groups of the day, they had no shrines, altars, images or priests.  Reading and disseminating texts were central activities.  Early Christianity comprised a new kind of religious identity that wasn’t tied to ethnicity.  Unlike traditional Roman-era religion, Christianity also made ethics central.  But, ironically, all these things that made early Christianity distinctive, even odd, in the ancient Roman world, have become commonplace assumptions about “religion” for us.  This lecture addresses our cultural amnesia, showing how early Christianity helped to challenge the ancient world and helped to shape ours.

Larry Hurtado is Emeritus Professor of New Testament Language, Literature and Theology at the University of Edinburgh, Scotland.