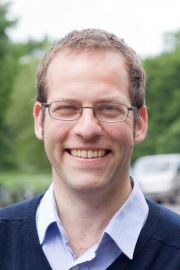 Registration is now open for this event!  Click HERE to register!

“The Second Coming and Paul: Did He Expect to Survive to the End?”

The general view among scholars is that Paul expected to survive until the return of Christ, and that he also expected many of those in his churches to survive to the end. After all, when writing to the Thessalonians for example, he says: “we who are still alive, who are left until the coming of the Lord, will certainly not precede those who have fallen asleep” (1 Thess. 4.15). The implication of this view is that Paul got it wrong. This lecture will challenge that assumption, demonstrating that there are better ways to read these key texts and that in fact, Paul was agnostic about whether he would survive until the second coming (parousia) or not.

Simon Gathercole is Professor of New Testament and Early Christianity and Director of Studies in Theology at Fitzwilliam College, Cambridge.

THIS EVENT WILL BE LIVE STREAMED!! GO HERE.

Register for Event: May 21, 2022 Lecture by Simon Gathercole

Make sure to copy Registration number after successful submission.

Thank you for payment.

Your ticket for the: May 21, 2022 Lecture by Simon Gathercole