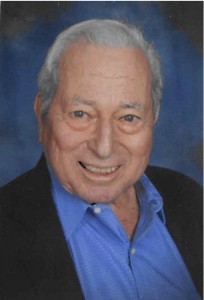 Hallo was born in Kassel, Germany in 1928 and immigrated to the US in 1940, completing his elementary and secondary education in New York City. He received his BA from Harvard College and continued his studies in the Netherlands through a Fulbright Fellowship at the University of Leiden. There he met and married Edith Pinto, a young Dutch student and holocaust survivor. They later had two children. Hallo spent 1951-56 studying at the Oriental Institute with a fellowship from the University of Chicago. At the institute, he studied under Professor I.J. Gelb and completed his master’s thesis and doctoral dissertation.

With Ph.D. in hand, Hallo began his work at Hebrew Union College’s Jewish Institute of Religion in Cincinnati, where he taught Hebrew, Aramaic, Sumerian, history, literature and Psalms to a generation of graduate students. In 1962, Hallo was invited to Yale to become Assistant Curator (and later Curator) of the Babylonian Collection. At that time, he also began as a Professor of Assyriology, a subject that he would continue to teach until his retirement in 2002.

Hallo published nearly two hundred articles and authored or co-authored a dozen books, some of which include: The Exaltation of Inanna (1968), Sumerian Archival Texts (1973), The Tablets of Ebla (1984), Heritage: Civilization and the Jews (2 vols., 1984), Scripture in Context (4 vols., 1980-1991), The Book of the People (1991), The Ancient Near East: a History (2nd ed., 1998), Seals and Seal Impressions (2001), and The World’s Oldest Literature: Studies in Sumerian Belles-Lettres (2011). Hallo also inherited his parents’ life-long interest in Franz Rosenzweig, a major figure in Jewish theology during the twentieth century. He translated Rosenzweig’s magnum opus into English as The Star of Redemption (1970 ff.) and published a number of other studies in this area.

Your ticket for the: William W. Hallo Collection