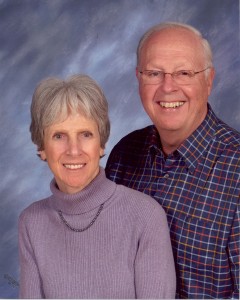 Carol Meyers received her B.A. with honors from Wellesley College. She then studied at Hebrew University in Jerusalem and participated in several excavations. She earned both her MA and PhD at Brandeis University in the Department of Near Eastern and Judaic Studies.

Since 1976, Meyers has been on the faculty at Duke University, where she is currently the Mary Grace Wilson Professor in the Department of Religion. Her archaeological work has included leadership positions on the Gezer, Khirbet Shemac, Meiron, Gush Halav, Nabratein and Sepphoris excavations.

Dr. Meyers is the recipient of many scholarships and fellowships. In 1990-91 she was a visiting professor at Princeton University. In 1999 she received Wellesley College’s Alumnae Achievement Award. She has also been a frequent consultant for media productions, has served as president of SBL, and is currently a trustee of ASOR, the Albright Institute, and the Dead Sea Scrolls Foundation.

In addition to publishing more than 450 articles, reports, and reviews, Meyers has authored, co-authored, or edited many books. These include Doubleday’s Anchor Bible Commentaries on Haggai and Zechariah; Discovering Eve: Ancient Israelite Women in Context (Oxford University Press, 1988); Women in Scripture: A Dictionary of the Named and Unnamed Women in the Hebrew Bible, the Apocryphal/Deuterocanonical Books, and the New Testament (Houghton Mifflin, 2000); and Exodus (Cambridge University Press, 2005). She co-authored with E. Meyers, Excavations at Ancient Nabratein: Synagogue and Environs (Eisenbrauns, 2009). Her Rediscovering Eve (2013) is a landmark study of women in ancient Israel.

Eric M. Meyers is a 1962 graduate of Dartmouth College, holds an M.A. in Near Eastern and Judaic Studies from Brandeis University, and received the PhD with distinction from Harvard University in Near Eastern Languages and Literatures, specializing in Bible, Jewish History, and Archaeology. Since 1969 he has been on the faculty of Duke University, and he is currently the Bernice and Morton Lerner Professor of Judaic Studies. He served as Director of the Graduate Program in Religion from 1979-1985, Associate Director in 2000-2001, and Director again from 2001-2007.

Your ticket for the: Carol & Eric Meyers Collection