Bats at the Tythe Barn 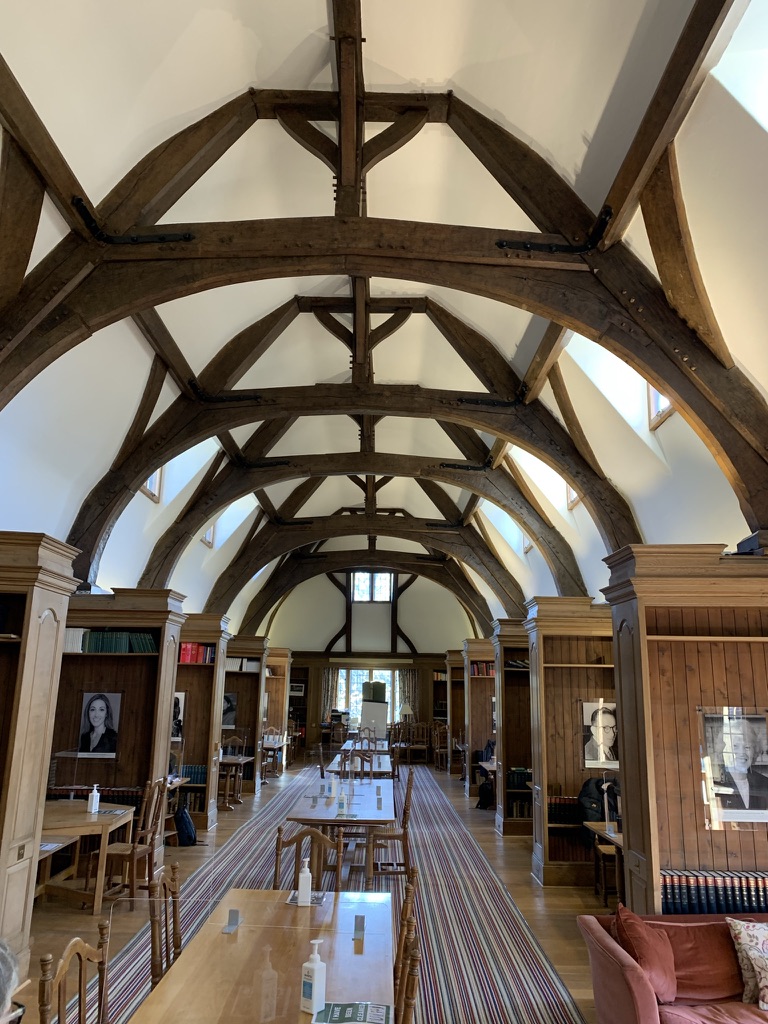 Interior concept of the finished library in the tythe barn

Yarnton Manor is a beautiful place. Steeped in history it was built by the Spencer family in 1611 on an ancient site with origins stretching back 5,500 years ago.

As a sister campus to the LTL and its Learning Center (under construction here in Houston), this Oxfordshire campus will be equally as hospitable with meeting rooms, scholar and ministry residential accommodations, gardens and paths to stroll, and a library for scholars and community residents. Restoration of the building and grounds is ongoing with the same dedication and spirit that has created the Houston campus.

The future is well, exciting.

Adjacent to the manor house is a tythe barn. A stone building that likely had a flagstone floor and now covered with hard-wearing Staffordshire blue brick. This brick floor and the facings over the entrances were added in the last 60s – 70s when the barn was first converted to a library and offices. 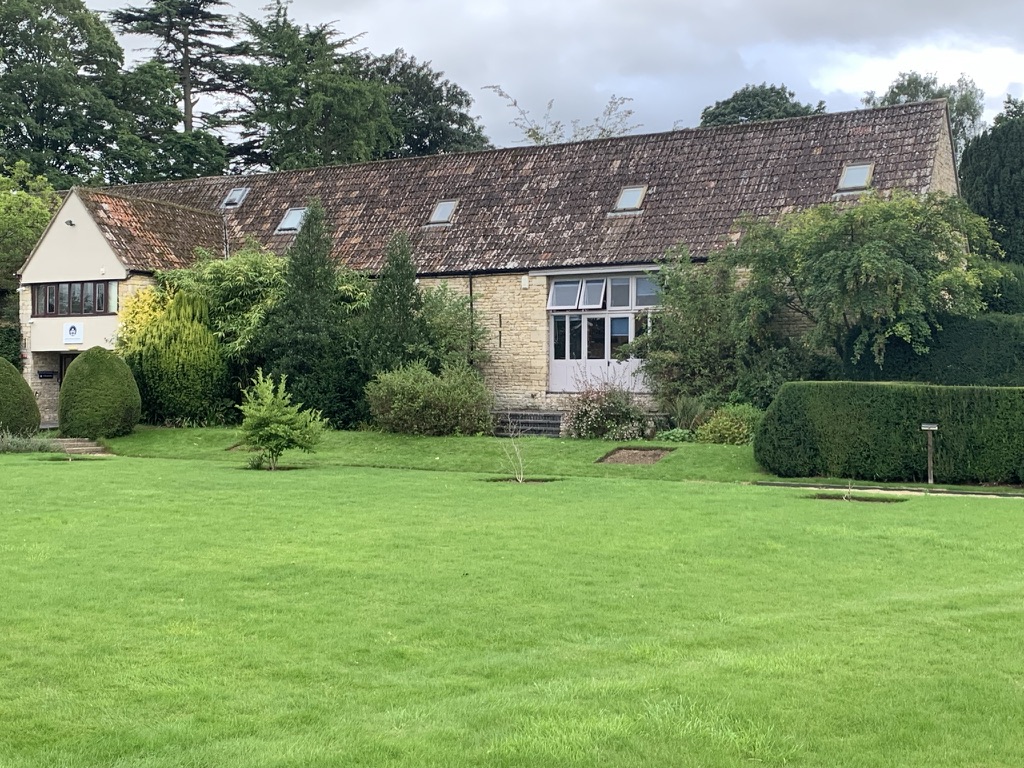 But 350 years ago, it’s stone walls held the tythe that the lord was paid in grains and commodities from those under his jurisdiction.

A big part of the Lanier Foundation renovation plan is to provide the Oxfordshire community and visiting scholars and theologians a library that is useful to both groups. In November, the roof will be removed and replaced. We would have like to started earlier, but we found something that made us wait!

Underneath the barn eaves and making access through small cracks in the slate roof, a colony of Pipistrellus pygmaeus had taken up residence. About 150 individuals of soprano Pipistrelles created a nursery for their young, feasting on the millions of mosquitos that populate the grounds that in turn nurture their own larvae in standing water and ditches.  The Cherwell District Council, a wonderful wildlife biologist, and the Lanier Foundation will plan together to move those bats prior to work starting and then re-home them once it’s done.

They are part of God’s amazing plan for the ecosystem! They’ve probably been inhabiting various parts of the Manor grounds for as long as its been there. With good reason. A single soprano pipistrelle will consume 3,000 insects in one night. While bats may have a rabid reputation, think of it this way:

How many people do you know have been bitten by a mosquito?

Now contrast that with how many people you know who have been bitten by a bat.

Bats are not aggressive. And their amazing echolocation capabilities make you an especially unappealing obstacle. They are busy tending their young, swallowing mosquitos, and playing their part in the plan.

We are especially fond of bats and their place in ecosystems across the globe. 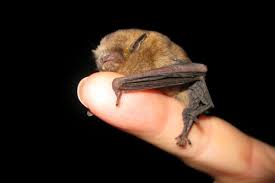 In fact, maybe even a little study center positioned in the newly renovated library at Yarnton, named after someone very smart and lovable could be a thought.  Someone whose last name is Lanier and first name is Becky, who was astute enough to notice a much larger bat nursery of Mexican free tail bats, in northwest Houston. Upwards of 10,000 bats scavenge the neighborhood for mosquitos, less than a mile from the Lanier Theological Library. It seems only right that a little nook be dedicated to the bats and those who are clever enough to realize their place in nature.

Your ticket for the: Bats at the Tythe Barn

Bats at the Tythe Barn